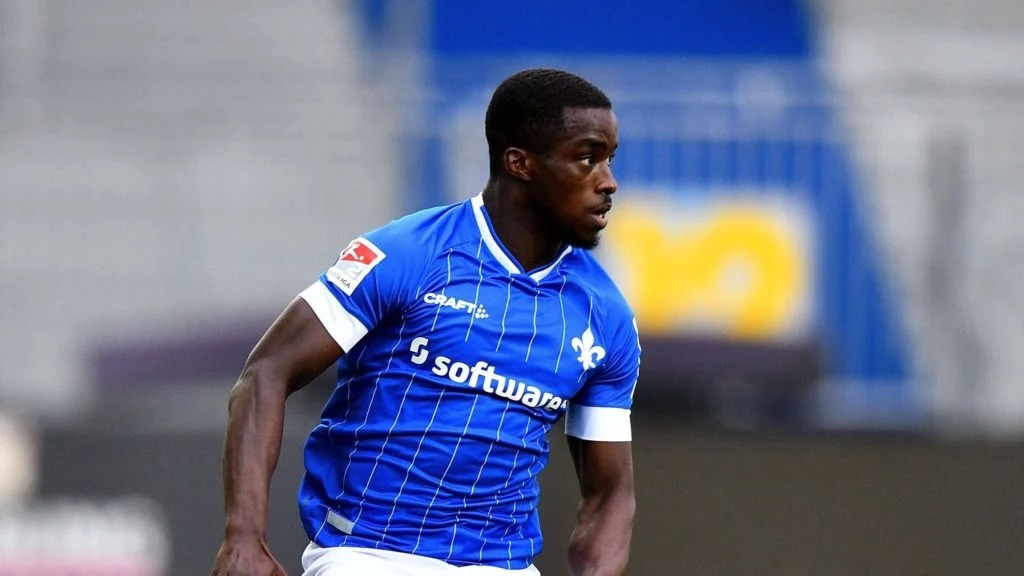 Darmstadt 98 has extended Ghana international Braydon Manu's contract until June 30, 2024. The second-tier football club declared on Friday that the new deal is applicable regardless of league.

Fourth in the standings, the Hessians are still considered an underdog for promotion to the Bundesliga. On Sunday, Darmstadt will face SC Paderborn.

Braydon Manu joined Darmstadt from Halleschen FC during the 2019/20 season.

The 25-year-old has played 20 games this season, scored four goals, and assisted four. He is a key player for Darmstadt and is expected to produce more outstanding performances for the club.

"Through his energetic, passionate way of playing, he can carry teammates and fans away and always create moments of surprise," said coach Torsten Lieberknecht.

"As a trainer, you naturally like to have such a 'hectic' clockwork in your ranks, which is meant in a positive sense," he added.