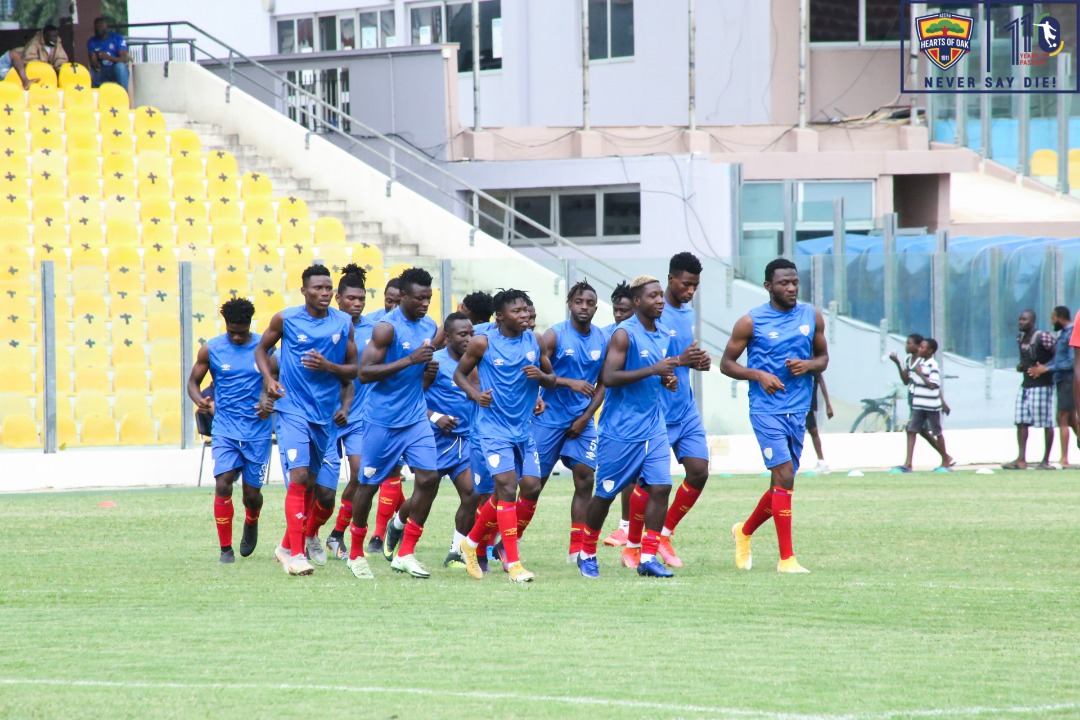 Hearts of Oak have stepped up training this week as preparations for the next challenge in the CAF Champions League preliminary stages continues.

The Phobians after becoming Champions of the 2020/2021 Ghana Premier League season were subsequently confirmed by the Ghana FA as representatives for the CAF champions League.

In the first test of the preliminary stages of the elite inter-club competition, Hearts of Oak had to play a one-off tie against CI Kamsar from Guinea.

At the end of the game played in Ghana due to the coup in Guinea, Hearts of Oak excelled after recording a 2-0 win against the opponent.

Now heading into the final round of the playoffs before the group stage, Hearts of Oak is scheduled to face Moroccan champions Wydad AC in a two-legged tie.

Ahead of the first meeting with the side on Sunday, October 17, 2021, the Phobians have intensified training this week.

The team coached by Samuel Boadu is determined to secure a convincing win here in Ghana before travelling to Morocco for the reverse fixture.