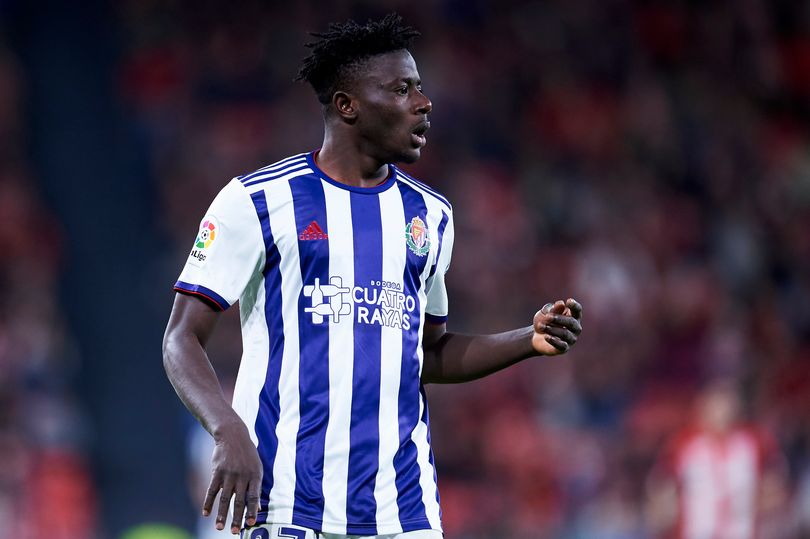 Although he didn't know it at the time, March 2017 was a momentous month in the career of Mohammed Salisu, the Ghanaian centre-back who is now interesting many of the world's biggest clubs.

With a brand new facility – comprising of pitches and a clubhouse that included a common area, dining space, and accommodation – and connections to European clubs, the ATFA began to mark itself as potential gateway for Ghanaian youngsters chasing a better future.

Just six months after opening, the ATFA had its trailblazer, their first 'graduate'. Director Fran Castano travelled with one teenager to Spain.

Salisu was signed then and there – his journey to the top had begun.

Destined for the top

Life at the ATFA didn't start particularly well for Salisu.

"I remember my first time meeting him – he came without his boots and was late. I was very, very angry and I was close to telling him to go home," Castano, speaking to Stats Perform News, recalled. It proved a wise decision to hold that thought, however.

"He took some boots from the goalkeeper and after 10 minutes playing we saw something different. I talked to him and told him that if he can be serious and work, I promised him in half-year I could send him to Spain."

Sure enough, in October 2017 Salisu was signed by Real Valladolid, with the ATFA earning a small fee and a percentage of any future sale. That could be cashed in sooner rather than later as well, with reports in Spain suggesting Rennes are very close to completing a deal in the region of his €12million release clause.

That would be considered a significant coup for the French side, as Real Madrid, Barcelona, Manchester United, and Atletico Madrid are all said to have considered a move for Salisu in the past six months.

It's even claimed the latter were willing to pay €11m but curiously wouldn't stretch to the full release clause. It's an oversight they could come to regret.

"I told him he would make it [to the top]," says Castano, who previously held many roles in youth coaching and analytics for the Niger and Mauritania national teams, Real Jaen, Leganes and Hearts of Oak, Ghana's biggest club, before setting up the ATFA.

"You always have doubt because it's not only about talent. To come and live in Europe was a big change for him, but I knew he would make it [on the talent side] because I saw his level compared with others in Spain at the same age and the way he can develop. You could see from the beginning he was different. The body, the technique, the winning mentality, the confidence,

Persistence and a friend's trust lead to vindication

Castano estimates Salisu played just 10 youth matches for Pucela before being promoted to their B team in the third tier, and then at the start of this season he became an undisputed starter for the senior side – indeed, he's one of just four defenders to play all 27 LaLiga matches in 2019-20.

A former student of sport performance analysis at the University of Granada, Castano's pride in Salisu is obvious – joining Valladolid wasn't just a big deal for the defender, but also vindication for Castano.

"I offered Salisu to a lot of teams, nobody gave us a chance. Nobody knew Salisu or me. I was just starting and it wasn't easy," he said. "I was lucky. My friend Victor Fernandez, who was a great striker in LaLiga for Valladolid and Villarreal, was coaching Valladolid's Under-19s. I called him and told him about Salisu. He told me he trusted what I say and my eye for scouting players.

"After one training exercise, just a few minutes, he [Victor] told me: 'Fran, are sure you know the kind of player you have?' He said he [Salisu] could be a very important defender in professional football. I had thought so, but I wasn't that sure of it until he told me."

Salisu's adaptation to LaLiga was impressive. In October, less than two months after his top-flight debut, he was being championed as a "star" on the league's official Twitter account after impressing in a 0-0 draw with Atletico.

Jordi Masip has been a fixture behind Salisu in goal. The experienced goalkeeper applauded the youngster's capacity to learn and is convinced a big future lies in wait.

"He's a player with an enviable physicality, he gets very fast when it comes to interceptions," Masip told Stats Perform News. "He's very young and he can grow a lot. He's a person that wants to improve and listen to us.

"He has always had a little difficulty with the language, but he is adapting very well, he understands everything, he asks questions and his adaptation is going well. To be so young, his characteristics are very good, he still can give far more than he is already giving."

It's easy to argue that Pucela would be in even worse shape this season if they didn't have Salisu. After all, when LaLiga resumes they will start in 15th place, just four points above the bottom three.

But being in a team that has to spend longer stretches of time defending, Salisu's quality really shines through and it's clear he's making a difference, with only seven teams – all of whom are in the top half of the table – conceding fewer than Valladolid this term.

When watching Salisu, you really get the impression he loves defending. A real unit with long, gangly legs, he has a habit of pulling off blocks or last-ditch tackles that one wouldn't expect.

His 67 aerials won is bettered by just eight defenders, while Sevilla's Diego Carlos – widely regarded as one of the standout centre-backs in LaLiga this term – is the only player to make more headed clearances (71) than Salisu (67).

Diego Carlos – and every other defender, for that matter – trails in Salisu's wake with respect to total clearances, however. The 21-year-old has completed 136, with the experienced Raul Albiol (131) boasting the next most.

Salisu also ranks very high in terms of blocks with 22. Gabriel (26) is the solitary defender to have halted more shots. His 31 interceptions is also a decent figure, though the league-high among defenders of 48 is a fair way ahead of him.

What's clear is Salisu's enjoying a wonderful season. Despite his age and lack of experience, he is marking himself out as a consistent and committed performer.

While his technical attributes may not yet be at the required level for, say, Barcelona, he models himself on Blaugrana centre-back Samuel Umtiti and has already shown himself to be a quick learner on the pitch.

Either way, one can certainly see why Diego Simeone and Atletico are said to be keen, but time appears to be running out for El Cholo. With Rennes seemingly circling, a defensive jewel could be about to slip through the fingertips of LaLiga's elite.