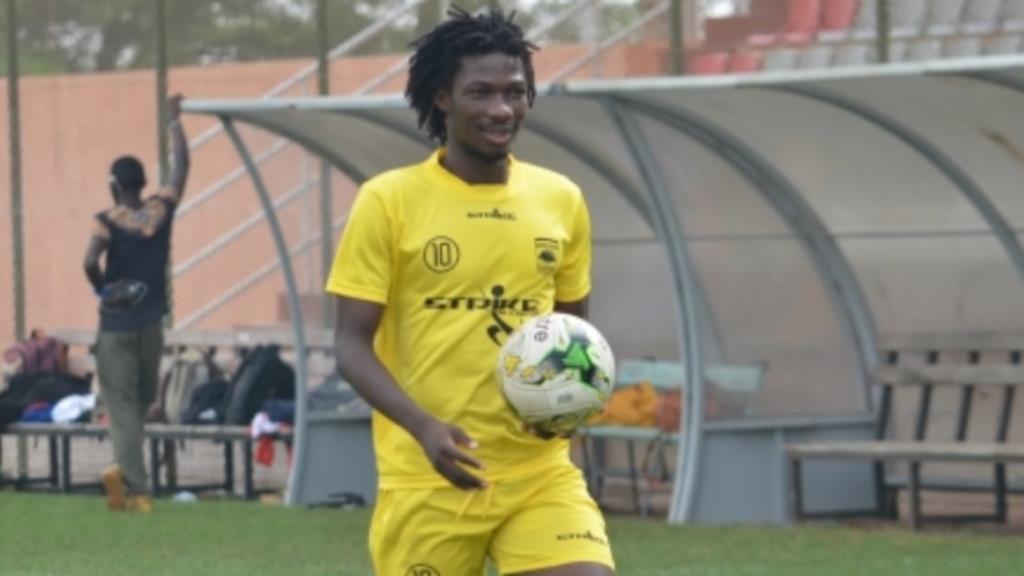 Hearts of Oak are reportedly plotting a shock swoop for Asante Kotoko striker Songne Yacouba in the on-going transfer window, Footballghana.com can report.

Yacouba is on the radar of the Phobians following his impressive performances exploits at Kotoko since his joining the club in 2017.

According to a report filed by Kumasi-based radio station Fox FM, Hearts of Oak and Ashanti Gold SC have shown interest in acquiring the services of the Burkina Faso international ahead of the 2019/20 Ghana Premier League season.

His current contract with the Porcupine Warriors will expire early next year which makes him eligible to sign a pre-contract with any club of his choice.

He was previously been linked with a move to several clubs in Africa including Orlando Pirates, Al Hilal, Zesco United and Nkana FC.