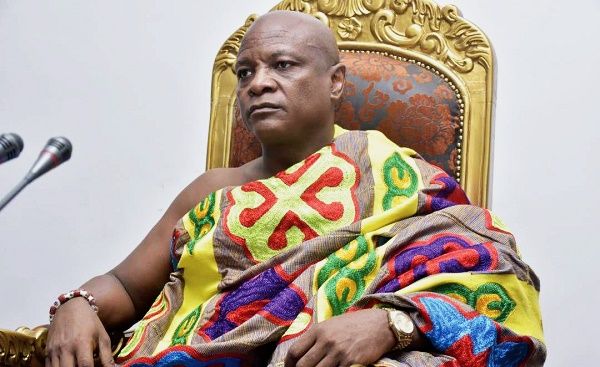 Accra Hearts of Oak board member and supporter’s leader Mr. Elvis Herman Hesse has refused to blame majority shareholder of the club, Togbe Afede XIV for the clubs woes.

The rainbow boys have failed to win a major trophy since the 2008/2009 Ghana Premier League season when the board chairman took over the Phobians after share floatation.

The 19 times Ghana Premier League winners came close to winning the MTN FA Cup but were whipped by Asante Kotoko by 3:1 at the Tamale Stadium, courtesy Saddick Adams hat-trick.

Before the annulment of the 2019/20 football season, the club was struggling to maintain their consistency in the campaign under coach Edward Nii Odoom.

Sharing his thought about the clubs unsuccessful spell in recent times, Elvis Herman refused to apportion blame on the majority shareholder as he strongly believes supporters of the club have not done enough.

“We all expected more when Togbe Afede took over; unfortunately it hasn't gone the way we thought”

“I can't answer why we have not being successful on and off the pitch, you can't blame Togbe Afede XIV alone, what about we the supporters? He quizzed.

“We have not played our roles well. I will not agree Togbe Afede has being a failure, we all have a role to play” he said on Kumasi-based Oyerepa FM.