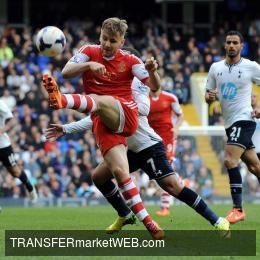 Despite having been heavily linked to a move, with boss José Mourinho not fully relying on him, almost 23-year old English left-back Luke Shaw, according to UK news, has been offered a deal extension by Manchester United. Playing for Red Devils since 2014/15, former Southampton player has been linked to a bunch of clubs, including Tottenham, Everton, Bournemouth, Fenerbahçe, and AS Monaco.