The Minister of Youth and Sports, Nii Lantey Vanderpuye, yesterday joined officials of the Ghana Football Association and the National Sports Authority as well as a hundreds of football fans to commemorate the 15th anniversary of the May 9th Accra Sports Stadium Disaster.

The disaster often described as Africa's worst football-related disaster - occurred in the aftermath of a league match between Accra Hearts of Oak and Kumasi Asante Kotoko on May 9, 2001 and resulted in 126 fans losing their lives at the Accra stadium. 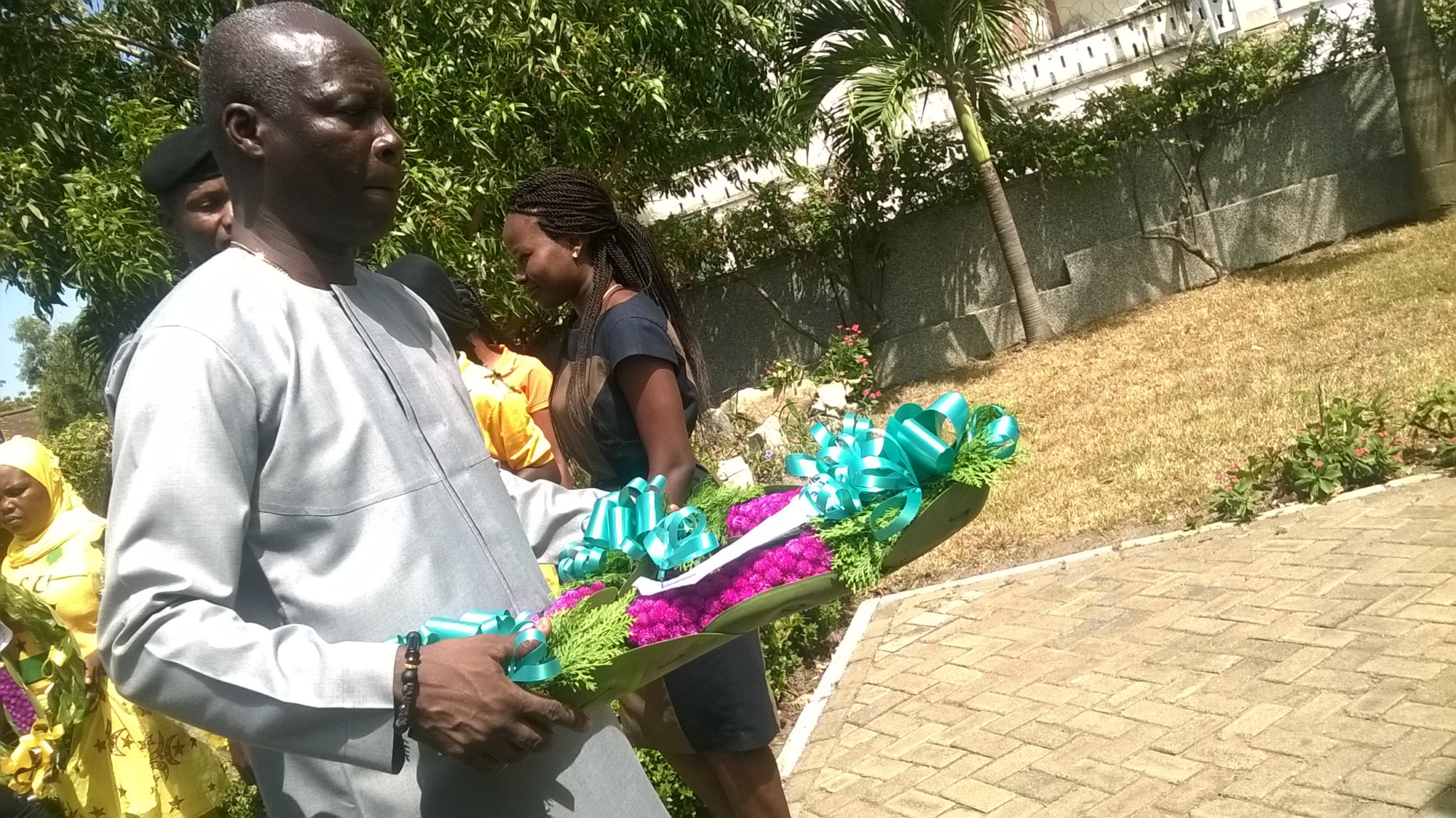 This year's anniversary was marked with tributes to the departed as well as a wreath laying ceremony at the May 9 monument located at the entrance of the Accra Sports Stadium.

In all five wreaths were laid in a solemn atmosphere with the Minister laying one on behalf of the people of the Republic of Ghana while the GFA President, Kwesi Nyantakyi laid another on behalf of his outfit while the rest were laid by representatives of Hearts, Kotoko and the bereaved families.

Mr Vanderpuye in an address to the gathering offered his sympathies to the families who lost loved ones during the disaster urging football fans to eschew violent acts at various stadiums across the country.

He also disclosed that the Ministry has embarked on a week's sensitization of sports fans of the do's and dont's at football stadia.

The GFA President, Nyantakyi on his part said the commemoration of the May 9 disaster was an opportunity to sound warnings to sports fans about their behaviour at sports events.

The secretary of the Stadium Disaster Board of Trustees, Christopher Annan, disclosed that 148 children of the deceased were beneficiaries of the fund at inception but currently 77 are currently enrolled in school with 38 at the basic level, 33 at the secondary level and six at the tertiary level.