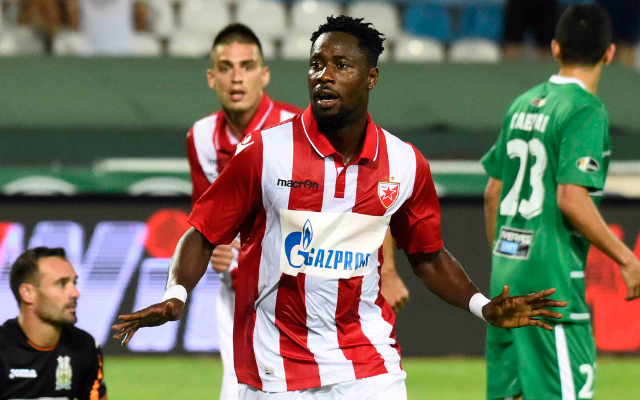 Ghana striker, Richmond Boakye-Yiadom is set to leave Serbian giants Red Star Belgrade at the end of the season.

The former Juventus ace contract with the club expires this summer and he is expected to leave as a free agent.

According to reports, Boakye-Yiadom is attracting interest from the Premier League.

His return to the Serbian league has been soiled by injuries.

However, sources close to the player indicate he has his heart set on a move to England, whether in the Premier League or the Championship.

Boakye-Yiadom, who rejoined Red Star after a brief spell in China has made only 9 appearances for the Serbian league leaders this campaign, scoring only once.

He was part of the Black Satellites side that finished fourth at the 2013 FIFA U-20 World Cup.