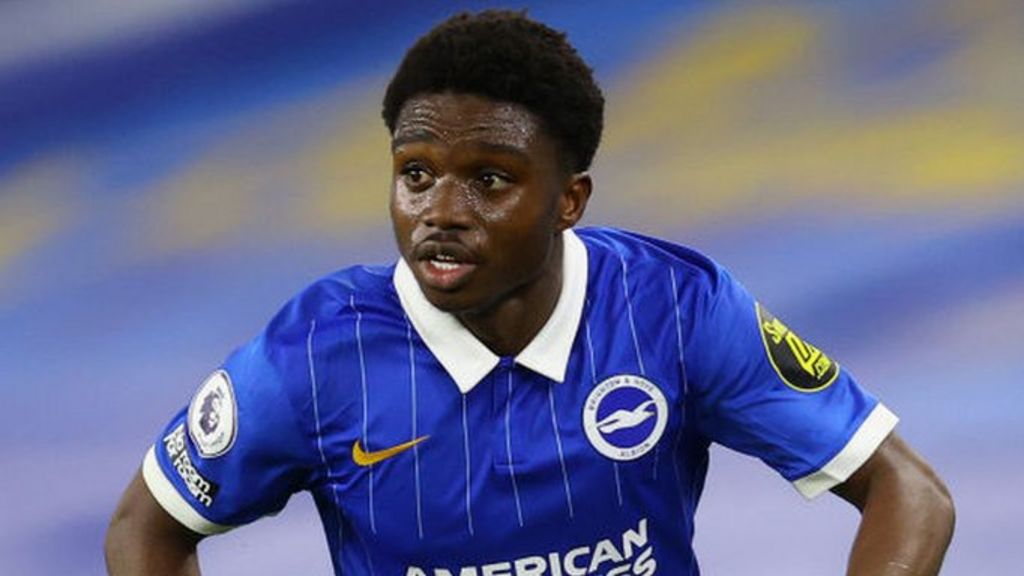 The international future of Tariq Lamptey promises to be the subject of intense discussions until the talented 19-year-old right-back plays his first competitive match for either Ghana or England.

Born in England but with Ghanaian descent, Lamptey's early-season form in the Premier League for Brighton and Hove Albion has unsurprisingly intensified the chase for his allegiance.

England manager Gareth Southgate drew the ire of many fans and commentators with his selection of three players whose preferred position is right-back in a Nations League clash with Belgium.

The Three Lions prevailed in that fixture but then looked uninspiring in defeat to Denmark. Southgate's selection indicates that Lamptey would have ample competition for an England spot, but his exciting performances for Brighton may make him difficult to ignore.

While speculation swirls, Lamptey himself has remained admirably level-headed about the situation. In an interview at the start of October, Lamptey spoke of his desire to take each match as it comes.

"Wait and see" were Lamptey's words on the matter of his international future, which will have both Ghana and England officials quietly confident of their prospects of attracting the youngster to their side.

Few players in recent seasons have settled as quickly into Premier League football as Lamptey, who in January 2020 opted to trade Chelsea for the promise of more regular game time at Brighton.

In the latter stages of the 2019/20 season, Brighton boss Graham Potter made good on that promise. Lamptey made the right-back role his own, thrilling fans with tenacious defending and swashbuckling runs down the flank.

Lamptey's ability to shine in Brighton's defense is all the more impressive given that the Seagulls are often tipped to struggle in matches, with a finishing position of 15th last season reflecting how they were routinely pushed onto the back foot by stronger sides.

While performances have perhaps warranted more, Brighton accumulated a solitary win in their opening quartet of Premier League matches in the 2020/21 season. The other three games ended in defeat.

That record confirms that Brighton are unlikely to be a favourite in Premier League moneyline betting too frequently this season, which is where individuals place wagers on a team to win a game outright in platforms like LegalBetting.com. Those early-season defeats may encourage punters to avoid backing Brighton.

They may also be a candidate for point spread betting, a handicap indicating a team's expected margin of victory or defeat. Brighton haven't struggled in front of goal, but a 3-1 defeat to Chelsea and a 4-2 defeat against Everton suggests that the Seagulls may lose comfortably on a few occasions this year.

However, nobody is pointing towards Lamptey's right-back spot as a position that needs improving. Lamptey provided a goal in each of Brighton's first three league matches, showing his influence in the attacking third that may prove decisive in earning Brighton points over the course of the season.

If Lamptey is to establish himself as an England right-back, then he will have a mix of experienced internationals and fellow hot prospects to overtake.

Over 50 caps to his name, although Southgate has tended to use him as a central defender in recent matches.

Captained England against Wales and deputized on the left against Belgium, although now 30-years-old.

Widely considered one of the best right-backs in world football, but yet to look as comfortable in England colors as he does for Liverpool.

James' presence at Chelsea was part of the reason why Lamptey saw a tough pathway to first-team football, and Southgate appears to rate him highly.

Consistently impressive in the Premier League, but frustration over lack of international opportunities may see the Manchester United right-back switch allegiances to DR Congo.

Could Lamptey be the Latest Black Stars Debutant

This is a wealth of options for one position, especially given the dearth of left-back candidates for England. Lamptey's pathway to regular football for Ghana is likely to be much smoother.

Tariqe Fosu, conventionally a winger, and Benson Anang made their international debuts at right-back in Ghana's October matches. Fosu played in the 3-0 defeat to Mali, while Anang stepped up for the 5-1 win over Qatar.

Those two have bright futures in the Ghana squad, but Lamptey's dazzling form in the Premier League would take him straight into the Black Stars' line-up.

England's largely turgid showings in their October internationals may tempt Southgate to call on Lamptey sooner than planned. Lamptey was selected in the under-21 squad for those October games, although he withdrew through injury.

Whichever nation Lamptey chooses to represent will have one of the world's most highly coveted right-back on their hands. While speculation will continue about potential footballing or personal reasons behind Lamptey's choice, it all comes down to the desires of this talented footballer.