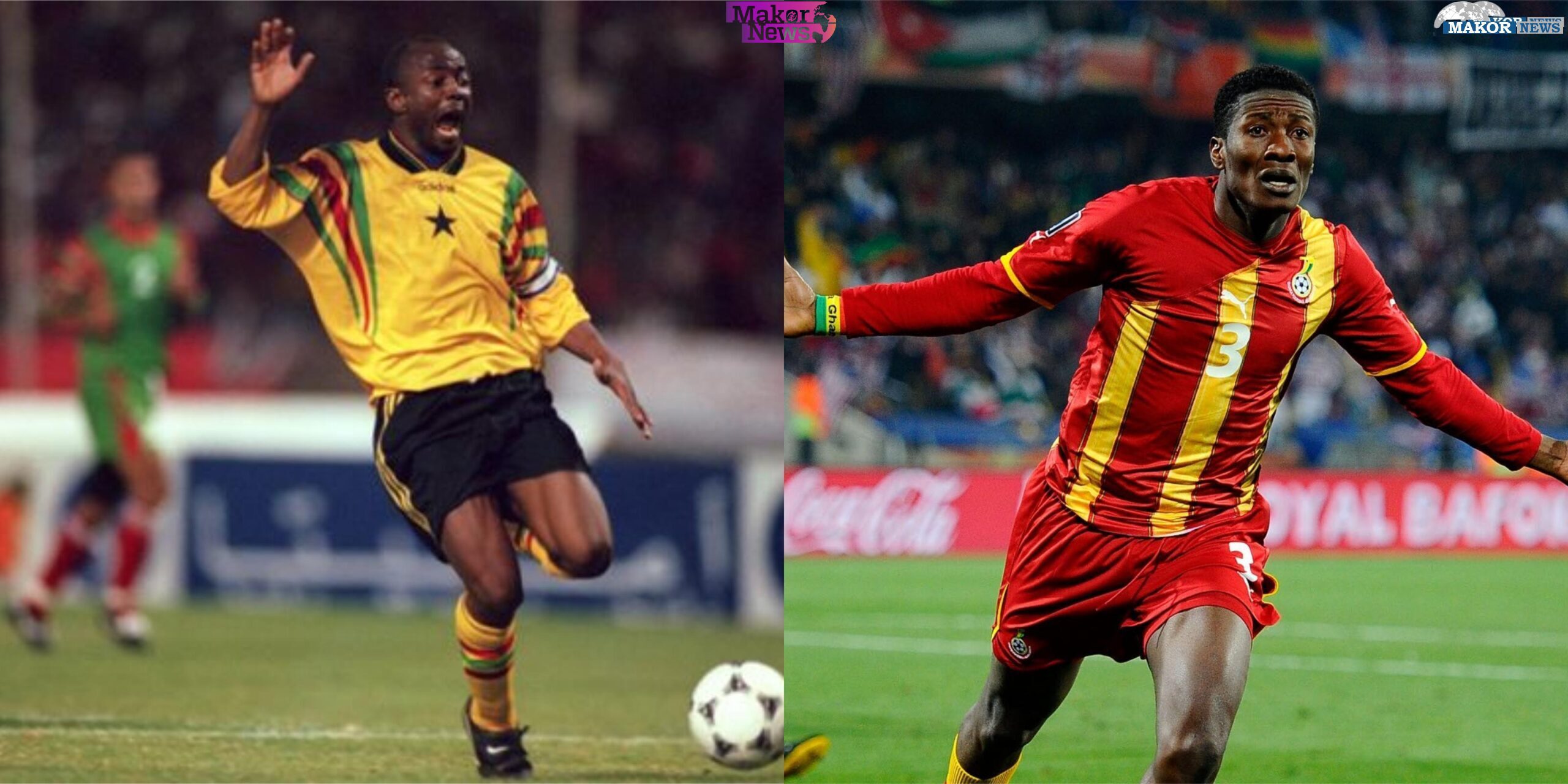 Ghana may have yet to gain recognition for their humble World Cup achievements, but the country has cultivated some of the world's finest talents throughout the years.

The ‘Black Stars’ are gearing up for the upcoming 2021 Africa Cup of Nations, though they won’t be among hot favourites to win the competition.

Led by Leicester City's Daniel Amartey and Crystal Palace's Jordan Ayew, Ghana will look to defy the odds in Cameroon this winter.

Milovan Rajevac's men will have to work their socks off to earn their place in the country's history books as we take a look at Ghana's best five players of all time.

Karim Abdul Razak represented Ghana for 13 years, between 1975 and 1988, racking up 75 international appearances.

Known as 'the ‘Golden Boy' in his native country, the former midfielder was part of the team that conquered the 1978 African Cup of Nations.

His eye-catching performances at the tournament eventually won him the African Footballer of the Year award later that year.

Despite playing as a centre-back throughout his outstanding career, Samuel Kuffour remains one of the most iconic Ghanaian players of all time.

Becoming the youngest-ever player to win the Olympic medal in football at the age of 15 back in 1996 set the tone for Kuffour's impressive international career.

He won the 1991 FIFA U-17 World Championship and finished runner-up at the same tournament two years later before playing a prominent role in the senior squad to feature at the 2006 World Cup.

As for his club career, Kuffour came through the ranks in the Bundesliga at Bayern Munich before making his professional debut in 1994.

During his stellar 11-year stint with the Bavarian heavyweights, he won six Bundesliga titles, eight DFB-Pokal crowns and had a vital role in Bayern's 2000/01 Champions League triumph.

Michael Essien called time on his illustrious club career in 2020, but his name will go a long way in the history books as one of the best African players of all time.

The versatile Ghanaian wore the shirts of Lyon, Chelsea, Real Madrid and AC Milan, amongst others, en route to becoming one of the best box-to-box midfielders in Europe's top-five leagues.

His energy, tactical awareness and ball-winning ability were off the charts during his time in Ligue 1, which eventually earned him a big-money switch to Stamford Bridge.

The fact Chelsea made him the club’s most expensive signing ever at the time speaks sufficiently of Essien's qualities.

Despite failing to win any major international title with Ghana, 'The Bison' was an indispensable national team member at the 2006 and 2014 World Cup finals.

The all-time leading goalscorer of the Ghana national team with 51 goals under his belt, Asamoah Gyan deserves a high ranking on this list.

It took him only 16 matches at the Ghanian Premier League outfit Liberty Professionals to launch his long-term European adventure, courtesy of a high-profile move to Udinese in Serie A in 2003.

During his nine-year spell in Europe, Gyan played for Udinese, Rennes and Sunderland, where he became the club's record signing by sealing a £13m move in 2010.

His 'killer instincts' at the big scene made him the most prolific African goalscorer at the World Cup finals, having tallied six goals for Ghana in 2006, 2010 and 2014 tournament editions.

Though he never won a piece of silverware with his beloved 'Black Stars,' BBC rewarded Gyan with a flattering African Footballer of the Year accolade in 2010.

Abedi Pele never played at the World Cup finals, but he truly is one of the most iconic figures in the history of African football and Ghana's best-ever player.

Widely regarded as one of Africa's greatest stars of all time, Pele helped shape up one of the most successful generations at Olympique Marseille in Ligue 1, earning the status of a legend in the process.

He will now hope his sons, Andre and Jordan Ayew, could follow in his footsteps and guide the nation to their first AFCON title since 1982.

Many broadcasters around the world will have live soccer streams for Africa Cup of Nations games throughout the tournament, and fans should be able to watch the entire tournament either on TV or via streaming sites online.